Welcome to the Agate Momentum Trust

Agate is a precious stone, known for its brightness of grain and fineness of colour, traits that the Agate Momentum Trust will bring to the local community.

The meaning of this name for the Multi-Academy Trust currently comprising of Hallsville and Scott Wilkie Primary Schools runs deeper still. Agate Street, a lost road in the vicinity of where Hallsville now stands was bombed out of existence during an air raid on 10 September 1940 which left as many as 400 dead and unaccounted for. The Street and those lives lost are memorialised in the name of the academy, instilling an intrinsic sense of heritage and community in the MAT’s foundations.

The need for a name that was about more than any individual head teachers, trustees or CEOs but that served the long-standing needs of the local community as well as the school was at the heart of the decision. In the foundations of the Agate Momentum Trust is a past heritage brought to life to inform a bright promising future. 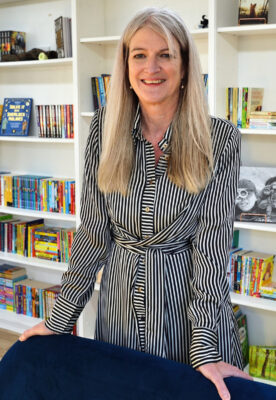 The Agate Momentum Trust was founded by the knowledge that schools that work well together create even better schools for their staff and pupils.

Hallsville and Scott Wilkie have worked collaboratively together for the past 7 years with both schools benefiting greatly from the experience. The Agate Momentum Trust wants to strengthen and extend their work by offering their support to a wider learning community. The Trust plans to offer greater development and leadership opportunities to its staff as it grows.

The Trust Board is made up of local people with the right professional experience who have served the local community well over an extended period. The Board know how to build and sustain successful schools and understand the needs of the community.

The aim of the Agate Momentum Trust is to serve the needs of the local community by providing a continuously improving outward looking education to its pupils.

For 20 years I have served this community aiming to provide the pupils with a world class education. Communities like Canning Town and Custom House need an outstanding education to thrive in. The Agate Momentum Trust will ensure we continue to serve the needs of our community the way we know and see fit so all pupils in the Trust go on to fulfil their true potential.

Hallsville and Scott Wilkie are both top performing primary schools. In the Times newspaper Hallsville was named as one of the 250 top primary schools in the country on its 2016 academic results.  In February 2018 Scott Wilkie received a letter from Nick Gibb, MP, congratulating the staff and the pupils on their Key Stage 2 results from 2017 which put the school in the top 2% of schools in England in terms of the progress made between Key Stage 1 and Key Stage 2.  In autumn 2018 Scott Wilkie were awarded a Schools for Success award by the Mayor of London, Sadiq Khan.

If you aspire to provide an outstanding education to your pupils through collaborative and effective partnerships then please get in touch.